Here is an interesting article which elaborates on and adds to a movie's "natural" explanation of the story of the parting of the Red Sea with a detailed scientific analysis which also leaves room for the miraculous  and, at the end of the article, connects to a similar ancient (80-40 BCE) explanation.

It is interesting to see the wide range of responses and reactions to the article and the "story" in the comments at the link below.
Enjoy.

How Did Moses Part the Red Sea? 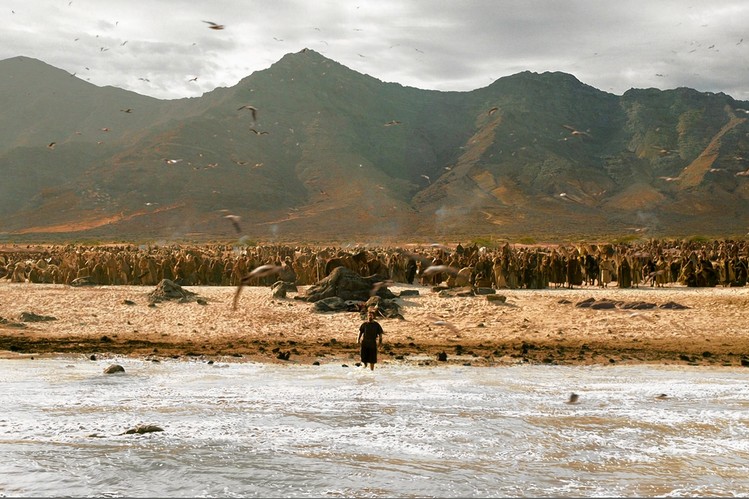 Moses had lived nearby and knew where caravans crossed the Red Sea at low tide. Pictured, a scene from ‘Exodus: Gods and Kings’ 20th Century Fox
By
Bruce Parker
Dec. 5, 2014 9:37 a.m. ET

Ridley Scott’s “Exodus: Gods and Kings,” which opens in movie theaters across the country Dec. 12, will include, of course, the most famous of all biblical miracles: the parting of the Red Sea. But its depiction will look quite different from the one in Cecil B. DeMille’s 1956 classic “The Ten Commandments.” In the earlier movie, Charlton Heston as Moses parted the sea into two huge walls of water, between which the children of Israel crossed on a temporarily dry seabed to the opposite shore. Pharaoh’s army of chariots chased after them only to be drowned when Moses signaled for the waters to return.

Mr. Scott has said that his new version of the story will have a more realistic and natural explanation of what happened and won’t rely on Moses to bring forth God’s miraculous intervention. He has decided to have the waters “part” as the result of a tsunami caused by an earthquake. Before a tsunami strikes, coastal waters often recede, leaving the seabed dry before the giant wave arrives.

But there are problems with this version of the story, too. The period during which coastal waters draw back before a tsunami usually lasts only 10 or 20 minutes, too little time to get all the children of Israel across the temporarily dry seabed. Also, there would have been no way for Moses to know that the earthquake and tsunami were going to happen, unless God told him. That’s fine, but then the story would retain some element of the miraculous.

There is a much better natural explanation for how a temporary path across the Red Sea could have been revealed. It involves the tide, a natural phenomenon that would have fit nicely into a well-thought-out plan by Moses, because Moses would have been able to predict when it would happen.

In certain places in the world, the tide can leave the sea bottom dry for hours and then come roaring back. In fact, in 1798, Napoleon Bonaparte and a small group of soldiers on horseback were crossing the Gulf of Suez, the northern end of the Red Sea, roughly where Moses and the Israelites are said to have crossed. On a mile-long expanse of dry sea bottom exposed at low water, the tide suddenly rushed in, almost drowning them.

In the biblical account, the children of Israel were camped on the western shore of the Gulf of Suez when the dust clouds raised by Pharaoh’s chariots were seen in the distance. The Israelites were now trapped between Pharaoh’s army and the Red Sea. The dust clouds, however, were probably an important sign for Moses; they would have let him calculate how soon Pharaoh’s army would arrive at the coast.

Moses had lived in the nearby wilderness in his early years, and he knew where caravans crossed the Red Sea at low tide. He knew the night sky and the ancient methods of predicting the tide, based on where the moon was overhead and how full it was. Pharaoh and his advisers, by contrast, lived along the Nile River, which is connected to the almost tideless Mediterranean Sea. They probably had little knowledge of the tides of the Red Sea and how dangerous they could be.

Knowing when low tide would occur, how long the sea bottom would remain dry and when the waters would rush back in, Moses could plan the Israelites’ escape. Choosing a full moon for their flight would have given them a larger tidal range—that is, the low tide would have been much lower and the sea bottom would have stayed dry longer, giving the Israelites more time to cross. The high tide also would have been higher and thus better for submerging Pharaoh’s pursuing army. 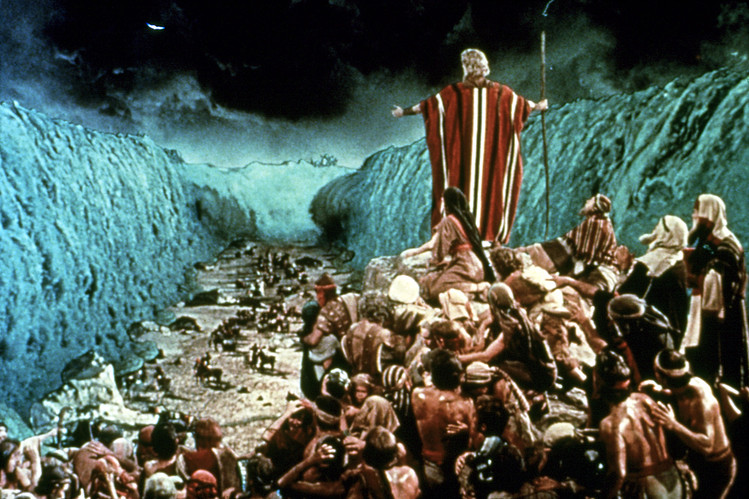