Our life is clear. The difficulties we have are only our lack of clarity. The pratityasamutpada, the traditional Buddhist twelve-links cycle of existence which results in suffering, stress, dissatisfaction, begins with avidya, which can be translated as “ignorance,” meaning lack of clarity of what is so. The Chinese translate the Sanskrit avidya as wuming (mumyo in Japanese), 無明, the characters for no-brightness or no-clarity. When we are not clear about what is occurring the result is samskara, or volitional formations, conditional formations, discriminations, fabrications, and accompanying stress and suffering.
for the rest of this article see:
http://prairiezen.org/Readings/Text_list.html
(c) 2013 Elihu Genmyo Smith
Posted by Elihu Genmyo Smith at 11:47 PM

Memories all over body -Two thought provoking articles, many studies

Worms regrow their decapitated heads, along with the memories inside 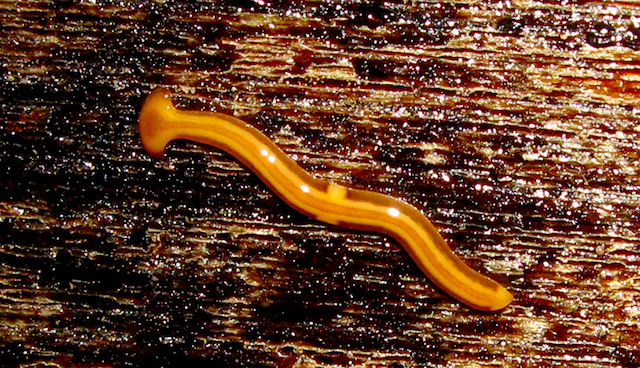 Some memories just won't die — and some can even be transferred to a whole new brain. Researchers at Tufts University have determined that a small, yellow worm known as a planarian, which has long been studied for its regenerative properties, is able to grow back a lot more than just its body parts: after the worm's small, snake-like head and neck are removed, its body will even regrow a brain that's capable of quickly relearning its lost skills.


A little training makes it all come back
........ see the rest of the article in the link:


AND here is the second article and more studies:


How to Regrow a Head "Researchers were able to trigger a latent ability in the milkwhite flatworm (Dendrocoelum lacteum) to regenerate its head from the rear of its body.Image: Wikimedia Commons/Eduard Solà
Knocking out a single gene can switch on a worm's ability to regenerate parts of its body, even enabling it to grow a new head. The fact that such a simple manipulation can restore healing abilities provides new insight into how the stem cells involved in this process are marshaled in animals.
Some animals, such as salamanders and newts, can regenerate entire body parts, and mice can regrow toes if left with enough nail (see 'How nails regenerate lost fingertips'). Yet other species, including humans, merely produce scar tissue after an amputation. A trio of studies published on Nature’s website today offers new clues as to what is behind these differences......."

the rest of the article is here

Posted by Elihu Genmyo Smith at 10:46 AM

A short video of Joko Beck in which she briefly and succinctly describes Zen practice:

Posted by Elihu Genmyo Smith at 10:45 AM