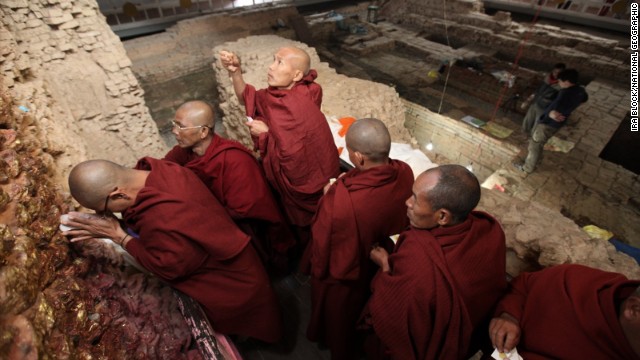 (CNN) -- There are about 500 million Buddhists worldwide, but it's unclear exactly when in history this religion began. The Buddha's life story spread first through oral tradition, and little physical evidence about Buddhism's early years has been found.
Now, scientists for the first time have uncovered archaeological evidence of when the Buddha's monumentally influential life occurred. Excavations in Nepal date a Buddhist shrine, located at what is said to be the Buddha's birthplace, to the sixth century B.C.


The research, published in the journal Antiquity, describes the remains of a timber structure about the same size and shape as a temple built at the same site in the third century B.C.........


here is a 2 minute preview of a National Geographic Channel